The acts of terrorism in Paris sometimes make it hard to find any words to describe how you feel both at the abhorrent act itself and also to understand why. It was the same with the 9/11 attacks and others both before and since. It is like most things in life where a few ruin it for the many.

I lived in London when the IRA bombings were ongoing. There were a few times where a bomb had gone off and we had either been there a day earlier or had planned on going to somewhere later in the week. It is chilling but you have to go on with your life, as does the town or city. Though not agreeing with the IRA methods the aim was to encourage the UK out of Northern Ireland. It was possible to understand what the aim was whilst abhorring the method.

It is times like this when the easy reaction is to bomb or invade somewhere and to some extent that doesn't make us any different from them. There isn't an easy solution to terrorism particularly when there are religious roots to it.

Life won't go on as normal for those affect or those that live in Paris because it will have had an affect. However, you can't let it stop you living. We will still travel to France in a few weeks time to steal their cheese, beer, croissants. It won't stop me going there for a holiday. Nobody, apart from me and the Mrs (and you) will see the lights in our living room but it is one of the few ways to demonstrate solidarity. That is what I can do to help. 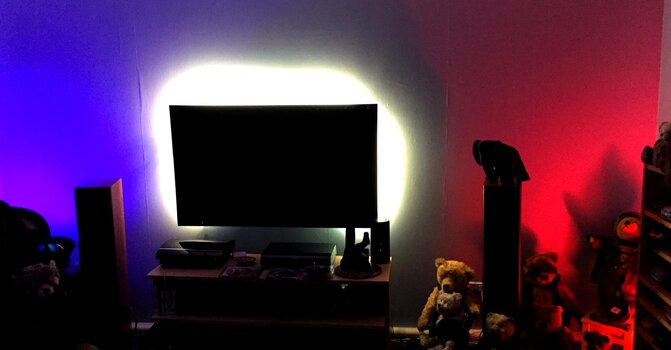 I
Reactions: nao07, Lady_Musketeer_GER, Mac and 3 others

journalists would could dig deeper to find your living room and put it in the same way all the world monument to color France ... thank you our cheese thief ;-)
Reactions: glenwilson and lakaelo
You must log in or register to reply here.
Look at the NEW NRU Merchandise Shop to order your own T-bag Coffee Mug or your NRU T-Shirt. Also special Coffee Mug designs for VIPs