OBD2
Those of you with more modern cars will probably have displays or trip computers that give you a lot of information on how the car is running plus data on how you are driving, like mpg (or lpk). On my 2006 Mondeo you get an mpg reading but I think it is just a long term average rather than real time or average over the last minute.

I'm not an aggressive driver in terms of flying away from lights but I'm not a cloth cap man type either! Given that petrol prices seem to be creeping up again I was curious to see if I could change my driving habits and save a bit of fuel.

The car has an OBD2 port so I thought about getting a dongle and app that I could use to monitor realtime fuel use. Being an older car it doesn't have the same array of sensors that a lot of modern cars have. But after checking I found that it should have most of the important or useful ones.

If you search for OBD2 dongles you can pay anything upwards of £4! You then need to get an app for phone or tablet. Some work over Bluetooth and some over WiFi and as I have an iPhone most seem to be WiFi.

I noticed that TomTom do a dongle and have an app that is designed to work together and the app has a simple interface to graphically show your driving. This cost £56 so I ordered one as I thought it would save the hustle of finding a dongle and then a suitable app. After ordering I found the TomTom web site only to discover my car is not compatible (not tested). However, the car uses the same protocols as other Ford models of the same age and that they were "approved" I was hopeful.

Once it arrived I plugged it in, paired it, installed the app and.... Nothing. It did tell me the battery charge but that was it. Even after the usual reinstall/reset nothing so back it went. TomTom didn't even know Amazon sold it!

He one I went for is Amazon product which cost £9.50 but it does seem to vary.

Plugged it in and connected to the WiFi and then used a free app to check connectivity and found it seemed to work OK. I then bought an app call Dash Commander (£7.99) after checking most that were available. This app gives loads of info, possibly too much. But for fuel economy the flow rate is easy to watch and gives a decent idea of how much you are using. It does display fuel use over several time intervals but that gets confusing and not safe to watch and drive!

Apart from fuel and other data you can also get error codes and for some reset them. So far it seems to be worth getting it. Since I have had it I've only done short journeys so it will be interesting to see how it works on longer runs. Even if fuel consumption doesn't drop too much it still should pay for itself after a short while.

What phone are you using? Android seems ok for Bluetooth and wifi but iOS seems to work better with Wifi.

The TomTom dongle should have worked but didn't as the 2006 Focus was supposedly OK, used all the same protocols as my Mondeo yet didn't do anything. The one I got does a lot of data but not everything shows which is more to do with car sensors than the dongle.

All the dongles I looked at had varied reviews but the one I went for seemed to be not bad. Also, I tried about 8 apps some of them wouldn't connect because the wifi setting was different from the dongle but the setting couldn't be changed!

One thing I should have mentioned is that you do need to have your phone plugged in to power otherwise it drains really fast.

It does seem to be a bit and miss despite the standard protocols being used.

Had this for about a week now and my MPG has gone from 28 to 31. OK, not a massive difference though 10% isn't to be sniffed at. Most journeys are about 4 miles and involve dropping Isobel at the station in the morning and picking her up in the evening. Also, none of it is flat so there are a lot of hills involved. The main difference seems to be not using too much power to climb hills and again not using too much power when going down a hill. If that saving is accurate then the dongle and app will have paid for itself within a month.

Mileage is now up from 28mpg to 33mpg for general around town small trips. You don't have to watch the readings all the time as I've got used to knowing what to do when. They are only small things like easing off the accelerator at times and so on.

A difference of 60 miles per tank of petrol or about £8 per fill up.
Reactions: AndyS40

Had the device for 5 months now.

So to drive to London, 425miles would have taken 15gallons but now takes 12gallons saving about £12 on the journey. Over a year I estimate that I should save about £350 without changing driving style much and not going around everywhere at 30mph/50kph
Reactions: lakaelo

all this gallons and miles...lol i know my peugeot is taking 4,8l / 100km for the last 4800km without any assplugin dongle thingy.

But your car is young and modern (wow, didn't think I would use those words when referring to a Peugeot ) like you, whereas my Mondeo is old and old fashioned and not like the young at heart me!
Reactions: lakaelo

Average still 35mpg even after the uphill drive back to Scotland! 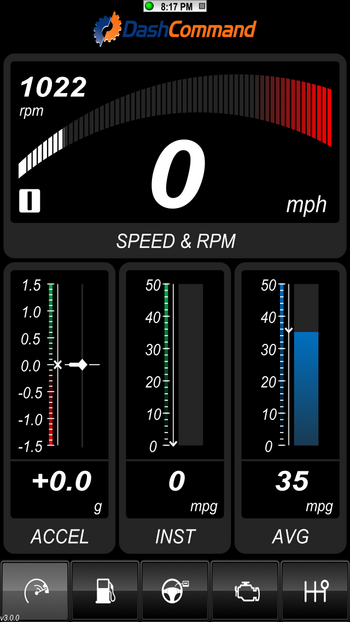