This amazing vídeo shows the power of the sea and how the Storm Hercules afected Portugal. This is on the South, in the Algarve where all year the waters are amazingly calm.

awesome if you recognize how much power is in that waves.

That's the Storm Hercules impact in Lacanau, a surfer-city near my home :
[video=youtube;4_JpehQLV40]http://www.youtube.com/watch?v=4_JpehQLV40[/video]

Not as much impressive than in the Portugal's cliffs, but since october 2013, we had 1 storm by month in France.
Many stones-seawalls are broken, beaches are destroyed, the ocean has eaten the sand and it's so close of houses now ! 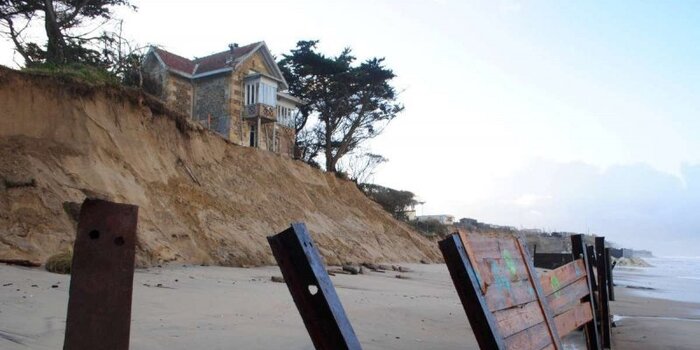 I was born in Portugal and must admit Im dissapointed, I didn't even spot a single surfer......WHATS GOING ON ?......

RIZLOID said:
I was born in Portugal and must admit Im dissapointed, I didn't even spot a single surfer......WHATS GOING ON ?......
Click to expand...

damn Europe is being hit hard by storm oponstorm, its quite crazy! good thing i dont live in britain, ild need boots the size of my legs till the middle of my chest to be able to walk in London By now xD

RIZLOID said:
I was born in Portugal and must admit Im dissapointed, I didn't even spot a single surfer......WHATS GOING ON ?......
Click to expand...

Where in Portugal m8?

Let me tell you about my 2 Portugal's trips !

First, when I was 16, on summer, with a friend and his family, for their annual native country's trip. His father is a portuguese man, having his own plumber society in France, as many portuguese men !
Their family is from Bragança, in the northeast. We have travelled by night with the working van (Ford Transit) and a mattress at the back of the van for her mother to sleep.
We had a trailer with 2 motorbikes : the father's Yamaha 600 Diversion and my friend's Kawasaki 125 KMX. I was lent an old Kawasaki 125 KE for the first time I drove a motorbike.
Since then, I had only driven my moped and had my motorbike's baptism, with my cousin, 6 months earlier, on his Honda 750 VFR (ym. 92).
In Bragança, my cheap moped's helmet has melted and was deformed with the sun as I left it on my 125's handlebar !

The second time, I was an adult (~25 yo.), having my own Honda 750 VFR (ym. 95) !
I was in a motorbike's club named "The helmeted seagulls", sitted in the Arcachon basin. We were tripping from meeting to meeting, at least once a month, even in winter and having organized our own meeting.
And this time, we were going to a portuguese meeting, to the Moto-Cube Tuku Tuku's one, from Castelo Branco, in the east.
(We met this club to the Pinguinos meeting, a famous annualy winter meeting where more than 20 000 world bikers (99% european) are coming !)
We were 15 bikes and 18 persons, starting at 5:30am and wasting so much time with refueling and at the restaurant at midday !
We had only reached Salamanca (~700km) at 7pm, stayed in a hotel and joined by 3 more friends and their bikes.
That was a big party in this hotel where their huge pre-dinner drink's doses and low prices and the well-filled little fridges in bedrooms !!!
Hard, the next day's waking up but good pleasure in first portuguese curves and finally all well arrived, just before the next pre-dinner drink !
We parked our bikes in the meeting site and had been picked up in a pick-up car to a bar, as a trophy in the village !
Because we were very waited : 21 french bikers coming to this humble portuguese meeting ! Of course, we won the "furthest" and the "most numerous" prizes !!!
On the return trip, with a 5 fast bikes group, a low altitude flying stork has almost hit me and a friend with his wife on their Triumph 900 Daytona have passed over a dead wild-boar by night, around 9pm, just before Vitoria-Gasteiz where we couldn't keep our eyes opened anymore because of tiredness !

And last year, my wife's brother got married with a portuguese woman. They have celebrated it at Faro, where she was born.
But I couldn't be there because of my ... lovely job ...
Surely another time, for the annual summer meeting !
Last edited: 20 Feb 2014

A place called Santarem but have lived in London since 1967

As for the floods in London, I've only seen them on tv. Down in Somorset I believe most people now have a swimming pool in their back garden and front garden and the kitchen etc.
Freeky weather......WE'RE ALL GONNA DIE......lol

oh lol not all will die for sure we in the center of europe (northbavaria for example ;D) we had only a bit of rain and a compared to normal storms bit harder storm but no real harm was done only money has been spent to repair some damage but no harm to peeps
You must log in or register to reply here.
Look at the NEW NRU Merchandise Shop to order your own T-bag Coffee Mug or your NRU T-Shirt. Also special Coffee Mug designs for VIPs