I’m really a coffee person despite being British and that makes me not normal. The usual british cuppa really isn’t for me - I would rather just have water. For coffee there is nothing better than an espresso freshly brewed from freshly gound beans.

When we were in Edinburgh the other week we had some tea in this trendy tea shop. The sort of place you have so much choice it is bewildering. I do like green tea and usually get some from a neighbour who gets it as a gift but doesn’t tell the person the don’t like it.

So I had some Japanese green tea. They make it at 70°C for 60 seconds. It was rather nice and refreshing. I thought it would be good to get some. It is one of those times when you have made your choice and get the price and hope your face doesn’t have the “bloody hell I only wanted tea, I am sure the same amount of weed would cost less” look.

Anyway, just brewed some and it is rather nice. 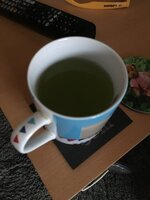 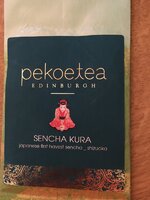 I'm very much like you @glenwilson, I'm not a fan of tea but love green tea and only like Espresso.

I'll have to try out some of the tea you've pictured.
D

DarkByD3sign said:
I'm very much like you @glenwilson, I'm not a fan of tea but love green tea and only like Espresso.

I'll have to try out some of the tea you've pictured.
Click to expand...

Got it in Edinburgh but they do mail order too; PekoeTea | Edinburgh | Loose Leaf Tea Specialists | Tea Shop

That sachet was nearly £10/€10 and you use 2 teaspoons of it but you can use it 3 times. Lidl do a green tea teabag and that isn’t at all bad for the price (about £1 for 40) compared to something like Twinning.

Espresso is definitely my favourite form of coffee too. However, during the day freshly ground beans in a filter is not bad. Getting a decent burr grinder was a good choice for me but I really would like a bean to cup espresso machine but justifying the price is very hard. I also have stove top moka, percolator (that was my dad’s and must be about 50+ years old, aeropress, cafetière, filter, and of course espresso. Far too much choice!!

For coffee I really prefer Illy but Costco has Lavazza and Starbucks beans at a decent price compared to supermarkets. I like Starbucks roasts than Costa and others.
You must log in or register to reply here.
Look at the NEW NRU Merchandise Shop to order your own T-bag Coffee Mug or your NRU T-Shirt. Also special Coffee Mug designs for VIPs