Been using a GoPro as a dash cam for quite a while now. Whilst the video quality is very good it isn't automatic - you have to manually power-up the camera and start it and it often runs out of battery despite being hard-wired. The looping function does work but isn't great.

Spotted a cam on offer and went with that. Has HD front facing and an SD rear facing camera. GPS was a £10 add on. Recently been finding that there are more drivers who are just plain stupid/careless/idiotic/etc and just wanted to have some evidence should something happen. One recent incident was just down the road where some twat nearly hit me head-on then stopped, gave me the finger, and then said "I don't stop fur nay f***ing c***s'. Definite Darwin Award candidate! Probably plays CoD too!

Had a quick look on YouTube for some fitting instructions and got distracted by the usual dashcam compilations. Here are some observations...

My insurance company gives a discount if you have a dashcam fitted which should cover the cost over two years. They also offer a black box too. My driving isn't perfect but I do try to be (must be getting to THAT age) but I wonder how accurate the box is and if insurance costs could go up if it thinks you are being stupid even if you are not.

glenwilson said:
Russians - funny how often the same words are spoken when an incident happens - I'm guessing in means the same elsewhere too.
Click to expand...

i think i had show dozents of this russian dashcam videos but i have still to shake my head about see them driving.
also worth to look is china,japan, asian drivers. sometimes worst than the russian ones lol
Reactions: glenwilson

Here is an example from last week...

i think i had show dozents of this russian dashcam videos but i have still to shake my head about see them driving.
also worth to look is china,japan, asian drivers. sometimes worst than the russian ones lol
Click to expand...

I've driven in most western European countries and would say Malta and Belgium were the most interesting. My wife usually describes less than perfect drivers as 'Belgian" (sorry) as we had a few instances of less than, er, perfect driving. In the USA it seems to be a casual activity where there not enough attention is paid to actually driving. Even in Africa (Kenya and Mauritius) it was fine. I don't really get scared driving - as long as you worry about doing things properly first you can then be aware of what others are doing. However, I don't think I would drive in Russia - seems to be too many big accidents. Is it true you get a driving licence on the bottom of a vodka bottle? Only joking!

In the UK the one thing I really don't understand are the MLCs (Middle Lane C****). They join the motorway and go straight to the middle lane. Nothing can get them out of there. They won't overtake. They will do a constant 60mph but if a car in front is doing 50mph they slow down and won't overtake. They probably cause more frustration than anything else on the road apart from the traffic cone wombles. When you overtake them though they speed up. Oh for some C4 or an RPG!! What is surprising is how inclusive MLCs are. They are all ages, all races, all religions, all genders, not group is excluded! They also drive anything too (except BMW and Audi as they are usually in the outside lane tailgating someone).

I often wonder how they get off the motorway if they are so scared of moving out of that lane. There must be a whole tribe of them circling London on the M25 only being 'rescued' when the need for fuel causes an intervention. They get really confused as to which lane to get in on a four lane road.

Even when you do circuits around them they don't get it!!!

This one made me cry. I imagine the pain of having a smelly cat in the car!

Mother Russia -> CYKA BLYAT & KURWA they are aka the worst drivers in the world, especially those with the old lada riva...but those with newer cars, they are like fuck the spare tire I'll carry a gun
Reactions: glenwilson

AndrejBosnaBVB said:
Mother Russia -> CYKA BLYAT & KURWA they are aka the worst drivers in the world, especially those with the old lada riva...but those with newer cars, they are like fuck the spare tire I'll carry a gun
Click to expand...

Surely there cannot be many of those Lada Rivas left given how many seem to die in dashcam video compilations?

There is only 1 left on the road in the UK and 8 others are 'off the road' and probably being used as spares for the other 1. Looks like the last time a Riva died was in 2003 - so hopefully the last one cannot reproduce now! 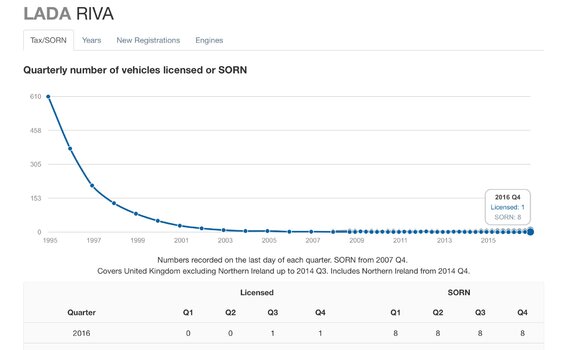 Also in modern countries like Germany there isn't soo many Golf 2 / Golf 1, but here in Bosnia there's more Golfs mk2 than any other cars lol There one in my neighbourhood, he drives 10-20km/h under the limit, that guy is purely pain in the ass, speed limit 50, he goes 30, bloody hell I would like to kick his ass in his Skoda Fabia hahaa.... idk but I think people like him cause more accidents than those who drive fast :/

I wish I still had my Mk2 Golf!
Reactions: AndrejBosnaBVB

You can buy golf 2 here for around £700 in a nice condition without rust and which was serviced Anything cheaper isn't really without shortcomings, the floor is mostly bad, but ofc everything can be fixed heh I would really like to build one day a nice Golf 2, put a big engine in it and use it for shows and stuff, I wish I had 1mil € to make all my dreams come true hahaha

who not lol
You must log in or register to reply here.
Look at the NEW NRU Merchandise Shop to order your own T-bag Coffee Mug or your NRU T-Shirt. Also special Coffee Mug designs for VIPs