Launch notes for BFV. 139 pages and covers quite a lot.

Discovered in BFV, to unlock a secret camo, four players have to pee at the same time. 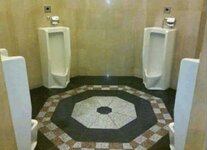 A lot of things in there that seem familiar to all other BF games. I know it probably isn’t the same devs on all the games but a lot of the weapon damage stuff would have been highlighted early in development. Possibly some of the things have been on a todo list for a while but does seem to indicate some haste in getting games out rather than make them good before release. There does have to be a date otherwise it would never get done but too many features seem to be added afterwards.
You must log in or register to reply here.
Look at the NEW NRU Merchandise Shop to order your own T-bag Coffee Mug or your NRU T-Shirt. Also special Coffee Mug designs for VIPs