Status
Not open for further replies.

Hello, i was banned, relatively recently from one of your nru servers in bf4, for racism. I might have experimented a little with the censoring system of bf4 chat which led to me getting banned. Permanently? I think i was rightfully banned, but i had such fun on that server and i wish to be back. I can promise that i will not continue any racist behaviour.
C

And oh, yeah well my ingame name is Captaindisease.

I banned you after you wrote the N word : "nigga" three times in the in game chat.

The problem is not that you only wrote it. Sure, you deserve a permanent ban for this but I'm sure that we can close our eyes once and pardon for old and regular players because they made a mistake in the heart of the fight, it's still a big mistake but we can be flexible.

The problem in your case is that you knew what you were doing, so far that you did it on purpose to voluntary misspell the forbidden word, 3 times, so as not to be automatically banned by the console. You deliberately tried to bypass our language filter system. Here is your problem.

We already talked about your ban and your way of doing things was very little appreciated by our admins.

After almost 31 hours playtime on our server, you can not affirm that you don't know our rules.

Moreoever, I checked you chatlog and you already wrote the N word on March, so It's not the first time.

So when I read your brother in the chat, writing that you won't do it again, I don't, and I can't believe him. 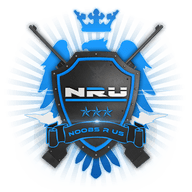 For the attention of all the players who come to play on our NRU server, Due to the sadly current large number of players with a disagreeable behavior on these times, this thread was created in order to reminds and supports the essential elements mentioned by @glenwilson which you will find...

In-game Chat And Respecting Other Players

To say something kind costs nothing, to say nothing costs less. The NRU community is based on having fun. The server is somewhere that noobs can play without being ridiculed for being inexperienced, probably get killed a lot but hopefully still have fun whilst dying. It is somewhere that you...

With the edvidence i agree. appeal denied.
C

Well, i respect your choices to deny my appeal. It may be for the best for the sake of other players. So there is no way of getting unbanned? No way to make up for this? I think you all could've handled this better, by giving me a temporary ban, for example, in march so that i would have taken the rules more seriously. But what is done is done. I had great fun in the server. Keep it up. Goodbye, i reckon.

In fact you should have already been permanently banned since March, the first time you used the N word but fortunately for you, you passed through the cracks.

There is no tolerance with racist comments. Each player who made a racist comment is permanently banned. Temporary bans are more for abusive comments and salty behavior.

And then you have the nerve to come here and to write " I think you all could've handled this better " and ask to get unban ? You are almost disrespectful here mate.

Like I say : rules are rules. And rules are the same for all players.

So yep, there is no way to unban you.
C

Ummm.. I didnt mean no offense. I just meant that you definitely should've not let me go through the cracks in the first place.
C

And to be honest, i didnt mean to fool you? It was only my childish curiosity. I just needed to know if i could do that.

Like I said, after almost 31 hours playtime on our server, YOU CAN NOT affirm that you didn't know.

"Any N word comments will be autobanned, even variations of spelling." This message reminds you something ?


CaptainDisease said:
And to be honest, i didnt mean to fool you? It was only my childish curiosity. I just needed to know if i could do that.
Click to expand...

Now you have your answer.
C

True. Have a nice rest of your life.

Thanks! You too mate.

Status
Not open for further replies.